1 , What is COB LED Strip Light

3.1 , Can the COB LED Strip be waterproof

5 , New technology: What are reel to reel COB Strips

6 , The future of led strip

The full name of the COB led strip is: Chip On Board, which is a method of directly binding the LED chips to the PCB board. The SMD led strip is made of chip on the support, and made into SMD. Then put the SMD on the PCB. This saves a lot of space on PCB and cost. Because it saves space, more led can be added. Generally, the 2835 strip light can hold a maximum of 120 SMD per meter, and the COB can hold 640 chips or more. And because the cost of mounting the chip on the support is saved, the price of the COB led strip is much cheaper than the same number of led strips. Below is COB LED STRIP VS SMD led strip. 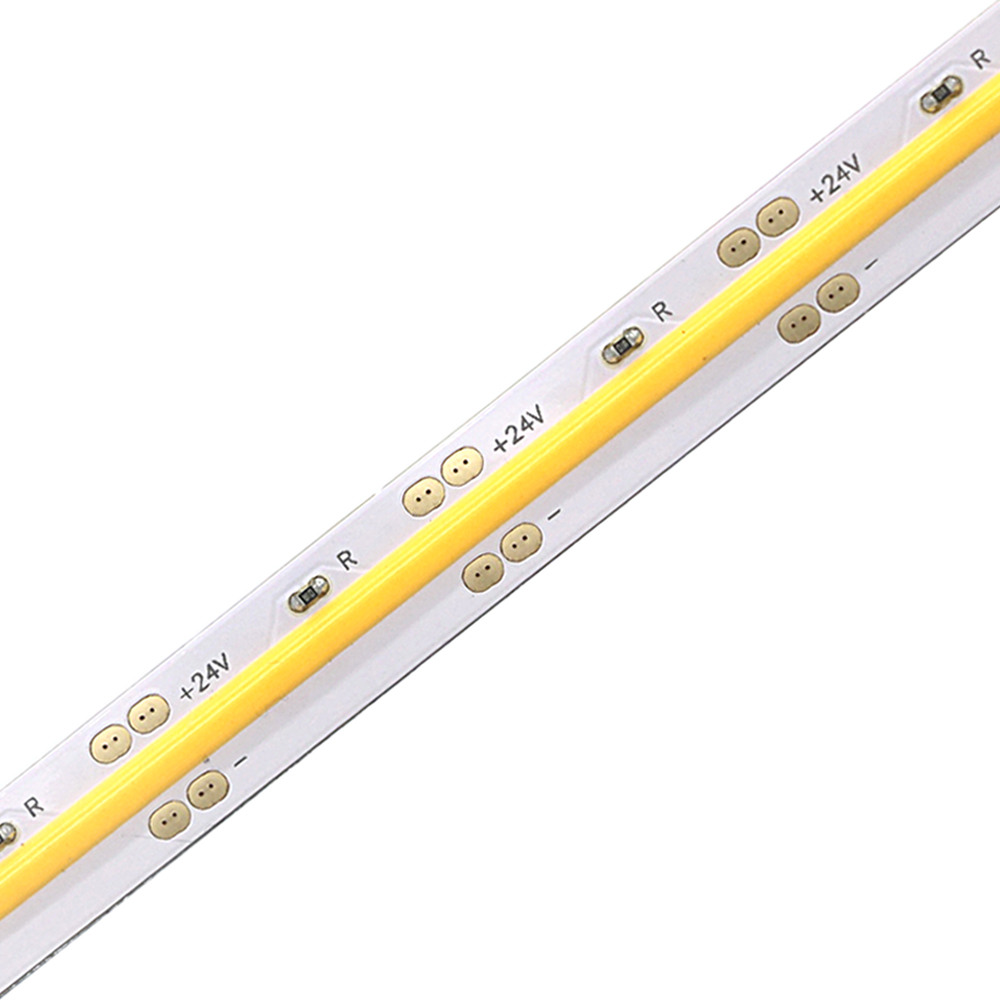 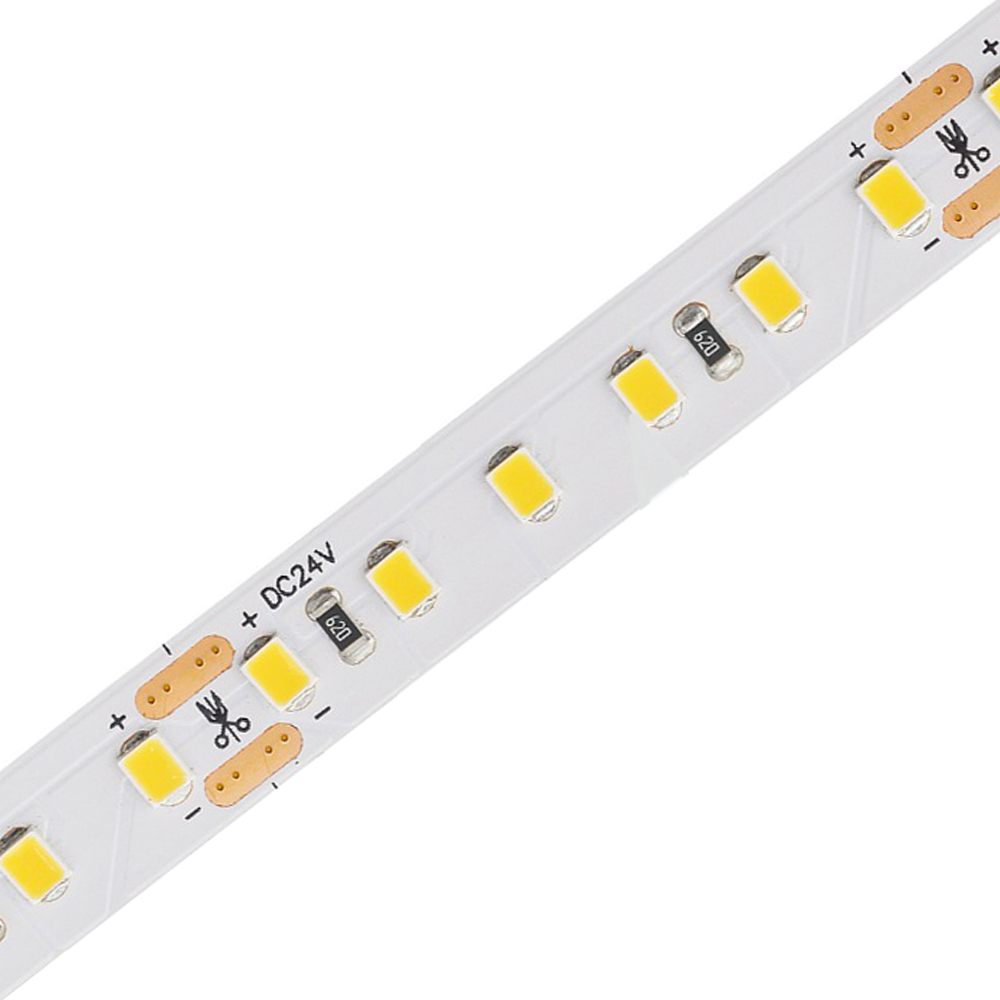 The single color COB LED strip is the most popular products. It’s have different colors, different width, and different led per meter type. Different led per meter strips focus on different markets. The 320led / M is economy type; the 378led / M is the high effective brightness type. 480led / M Strip is the most complete style, often available in different widths: 6mm, 8mm, 10mm; 504led per meter COB Strip is a high brightness type. If you are not sure how to choose, please contact us, your professional sales engineer We will provide you with professional advice.

The single color Dot COB LED strip is made by using the light beads as COB technology. Mainly cost effective, used to replace 2835SMD led strip. More LED, better price. The main color temperatures are : 3000K ,4000K ,6000K, 160 led per meter, 8mm width board, RA is more than 90. If you have any customized request, please contact us.

Two-color COB LED STRIP refers to the dimming of COB LED STRIP through a dimming controller, which can obtain any color temperature from 2700K to 6500K. The two main two-color COB LED strip of LEDWorker Lighting are: 576 lights and 608 lights. 24V input, CRI is greater than 90+, PCB width is 10mm, color is: 2700-6500K. The difference between 576 lamps and 608 lamps is that the number of 576 lamps is not as many as 608, but the version of 576 with small lamp beads, the color correction is better. The 608 lamp is formed by dispensing, and the light is more uniform. Although there are more lamps, the price is also cheaper.

RGB COB LED strip means to make three colors of R, G and B on the same PCB board. The need for any color of the strip, or the need for gradient programs is realized through the RGB controller. There are currently two main ones: 630 and 840 lights per meter. 630 lights are 24V 10 wide PCB board, 18W per meter. The difference is that the 630 is relatively cheap, but the color of the 840 is better. The following video shows you the changing effect of RGB COB led Strip.

RGBW COB led strip light refers to the use of COB package to make four colors of R, G, B and W on the same PCB board. The RGBW controller realizes any color requirements for the strips. The difference between it and the RGB COB light bar is that it can display separate white light instead of mixing white light. It’s 840led per meter, 12mm width PCB type.

Addressable COB LED STRIP is divided into: monochrome white Symphony and RGB Addressable COB LED STRIP.
RGB digital COB led Strip is 24V input, 630Leds/M, the minimum scissor mouth is: 100mm, the color is: RGB. The IC type is: SPI 16703/2811. Because the number of LED is more, it is softer than ordinary RGB, and Dot free makes the chasing effect better.

At present, there are relatively few high-voltage COB LED strip on the market. Everyone is just selling concepts. As we all know, the high-voltage strip must be extruded to make the strip in a protective state, so as to protect the user from electric shock when using high voltage. The COB LED STRIP is a flip chip, and the defect rate is high when it is waterproof and glued, resulting in a high cost of the high-voltage COB led strip.

The luminescent colloid is formed continuously and uninterruptedly, with no light spots and soft light.

The following is a comparison of different kinds of led strip placed in the aluminum bar. When the led strips is placed in the aluminum tank, you will see the dots of the LEDs. Obviously 2835 5050 and even 2110 will have this problem, but when we use COB there is light so smoothly. only COB LED STRIP is a DOT FREE product. Please see the comparison of several different sizes of light bars below: 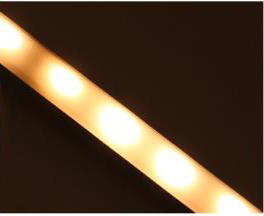 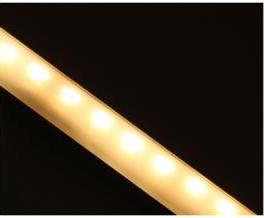 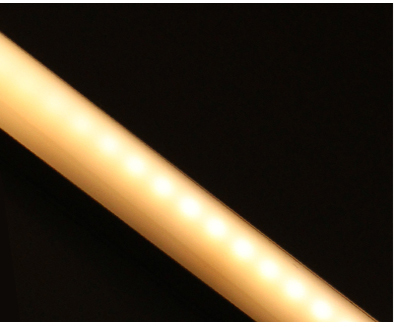 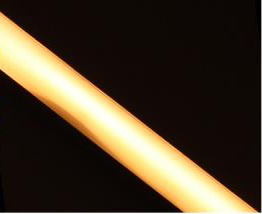 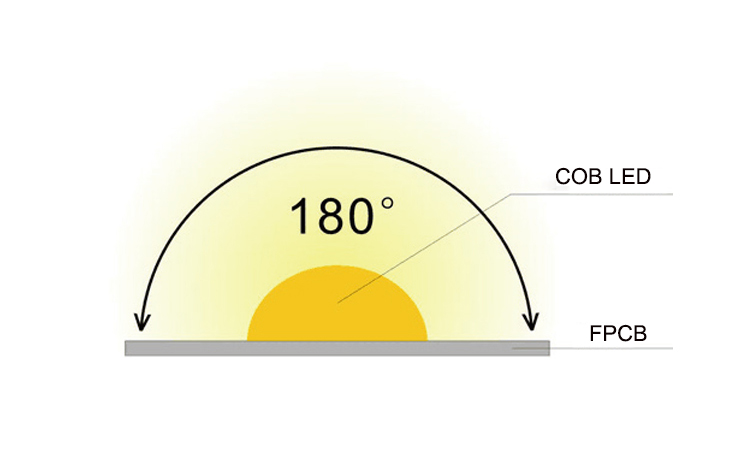 ● No silver plating, no vulcanization risk

This is determined by the difference in the manufacturing process of COB LED STRIP and SMD light strips. The production process of SMD led strip is to first produce SMD lamp beads, and then split each lamp bead, and make the light bead after light separation to achieve color consistency on the same board. The COB LED STRIP is to flip the chip on the PCB board, and then drop the phosphor to achieve white light. Without the steps of light splitting, there is no way to achieve the consistency of the SMD led strip.

Because the chips of the COB LED STRIP are too dense, it will affect the heat dissipation, so the power cannot be made too large, at most 14W per meter, and the SMD lamp beads of the SMD led strip have brackets, which can dissipate heat and can achieve 18W.

At present, the highest luminous efficiency of COB LED STRIP is: 120LM/W. SMD has a high-power lamp bead that can achieve 160-170LM/W. If the power requirement exceeds 120LM, you still need to choose a high-brightness SMD led strip.

Because the COB LED STRIP chip is directly packaged on the PCB board, the size of the chip is very small, and repeated tearing can easily cause the chip to detach from the PCB board, resulting in dead lights.

3.1，Can the COB LED Strip be waterproof

The main waterproof forms of LEDWorker Lighting are: IP65, drip silicone glue on the PCB for waterproof, IP67, casing silicone tube for waterproof, IP67, Extrusion waterproof. Let’s talk about drip waterproof (IP65), because COB LED STRIP surface has a layer of silicone, and then add a layer of silicone to waterproof, it will lead to the two layers can not be well integrated, so you can not do drip waterproof. Casing (IP67) is no problem. Extrusion can be done, but the defect rate is high, in the over extrusion machine because the temperature is too high need to do some special treatment of COB LED STRIP, after extrusion into finished products will no longer have problems 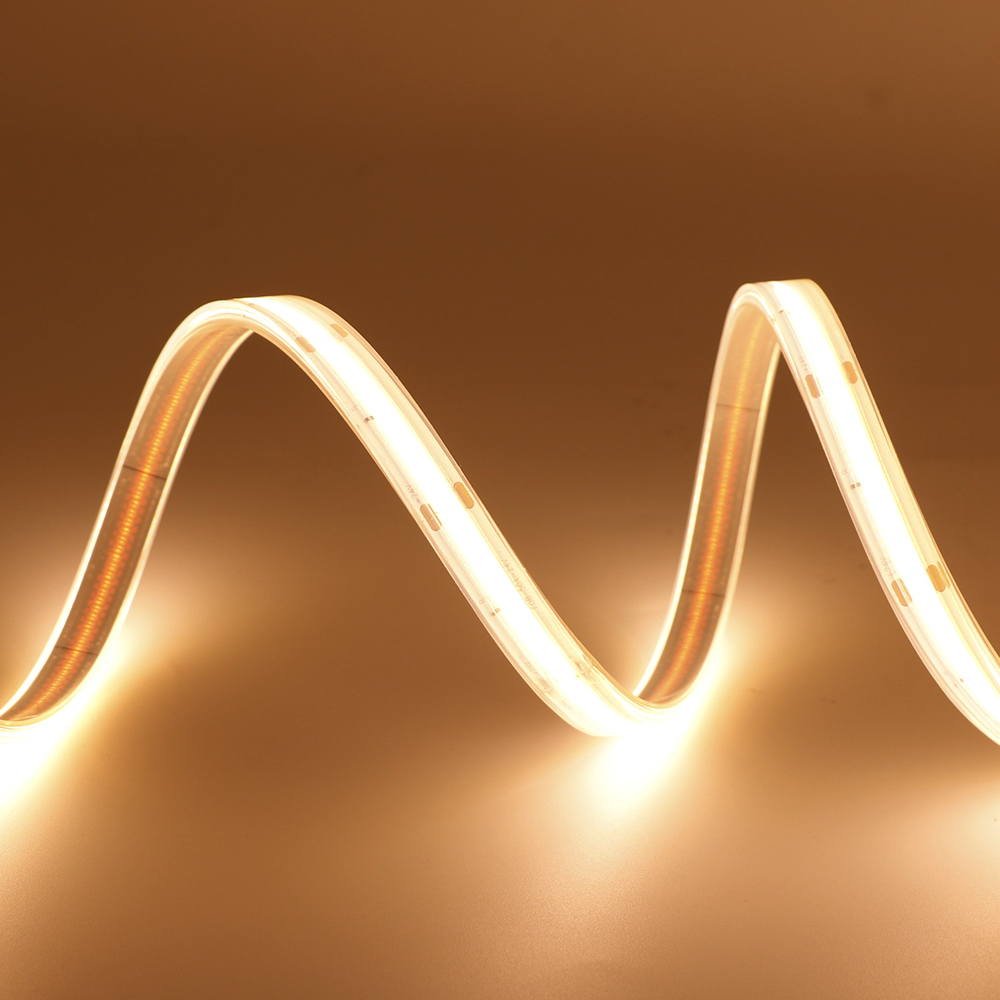 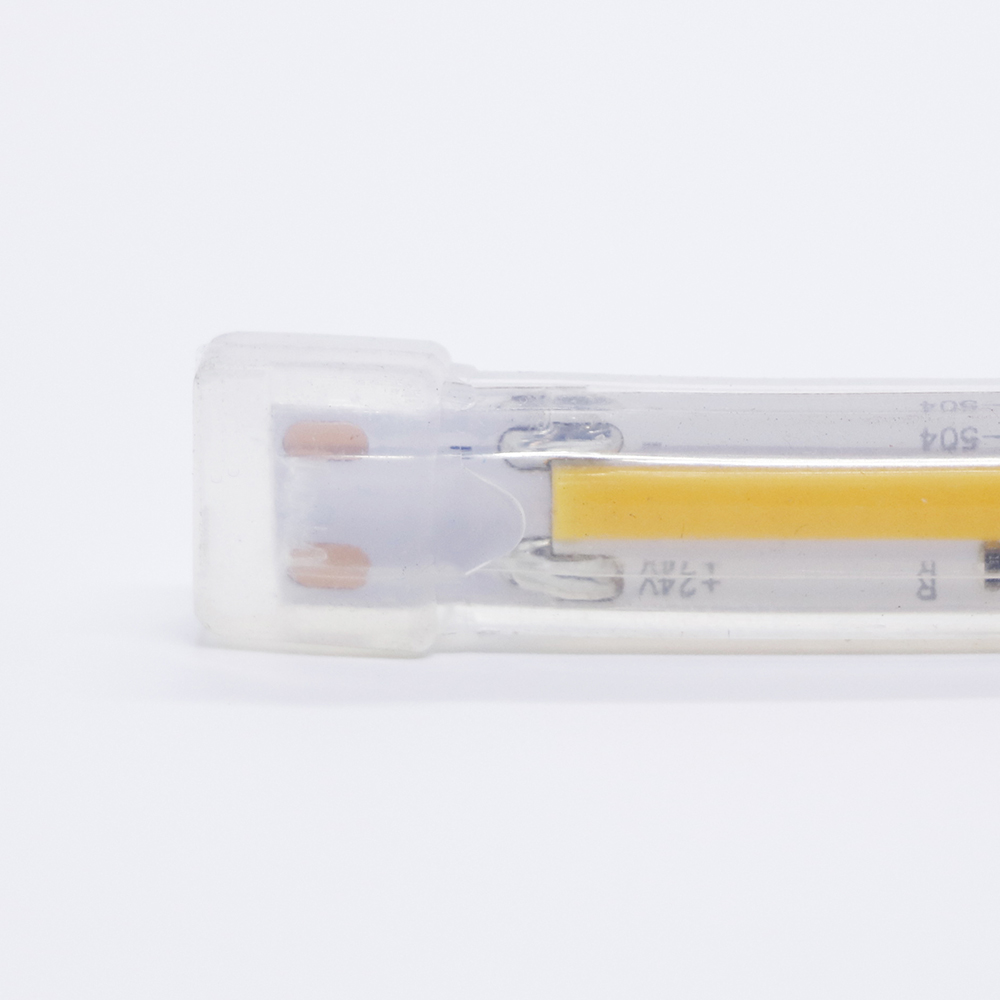 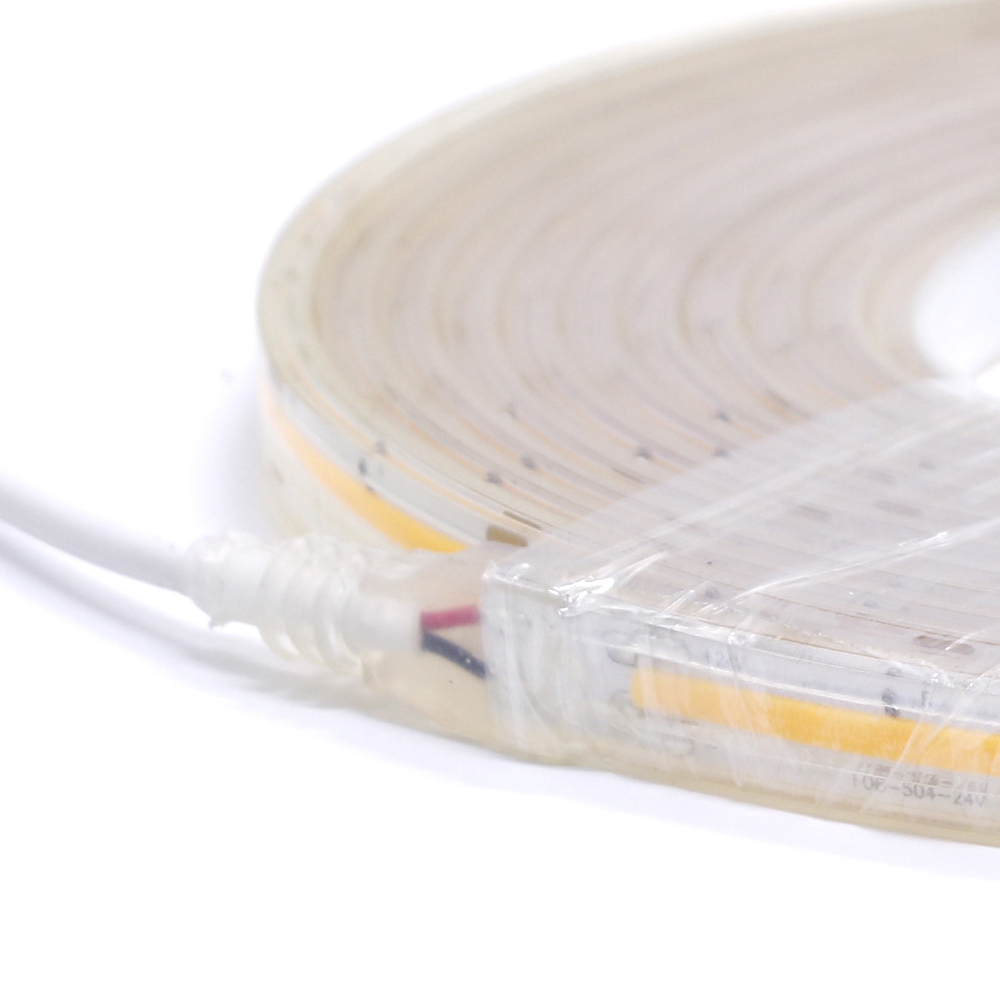 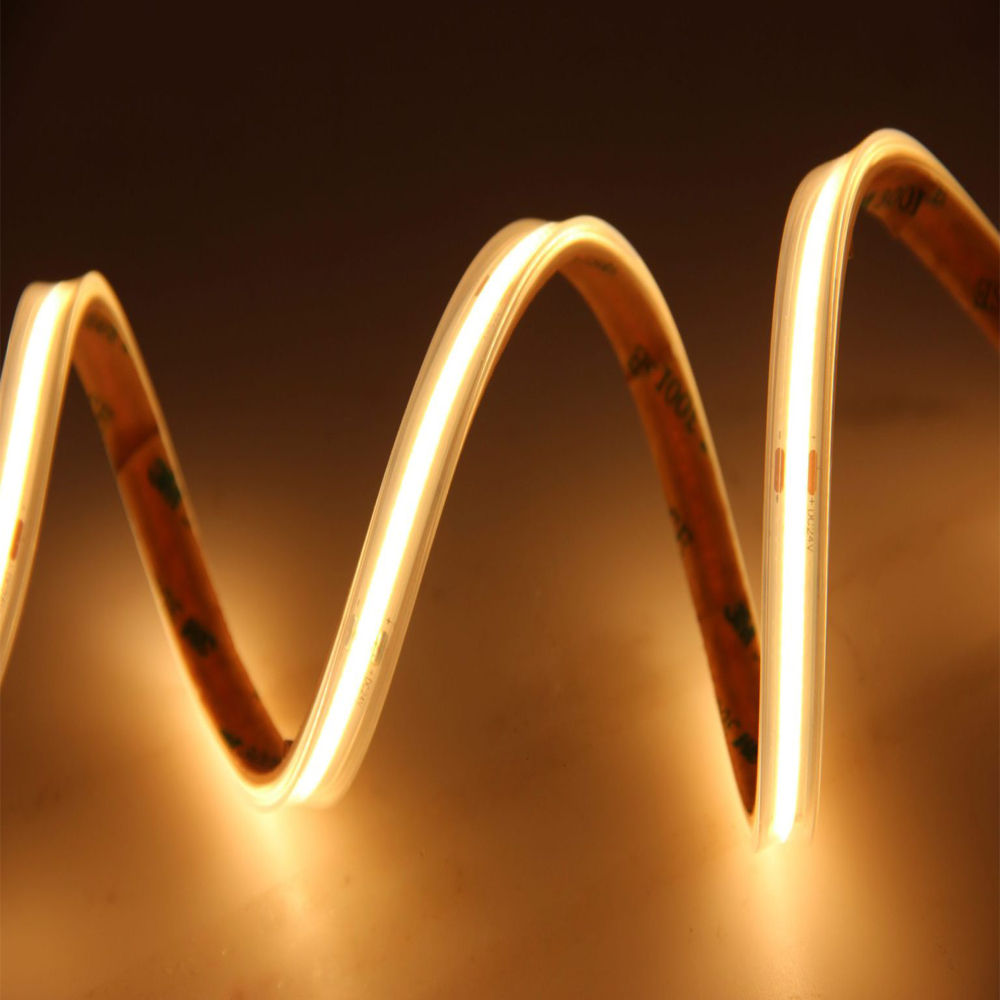 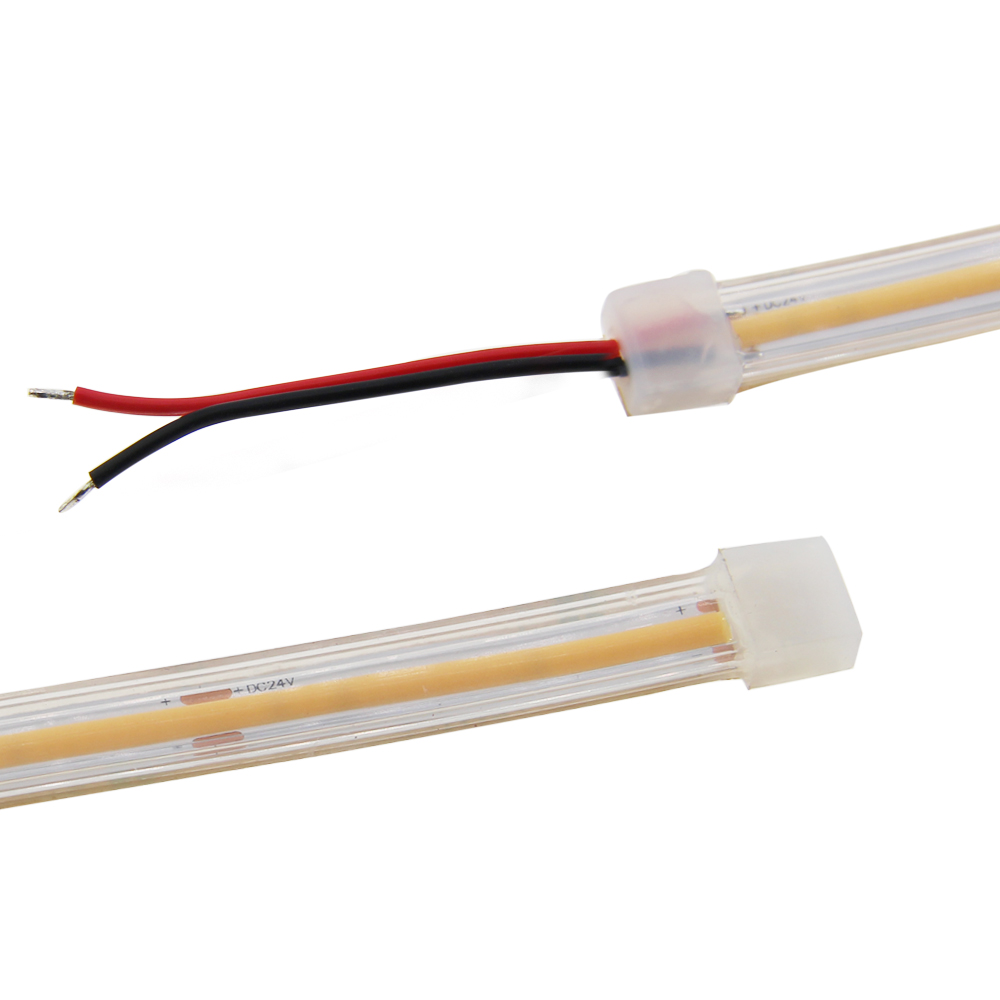 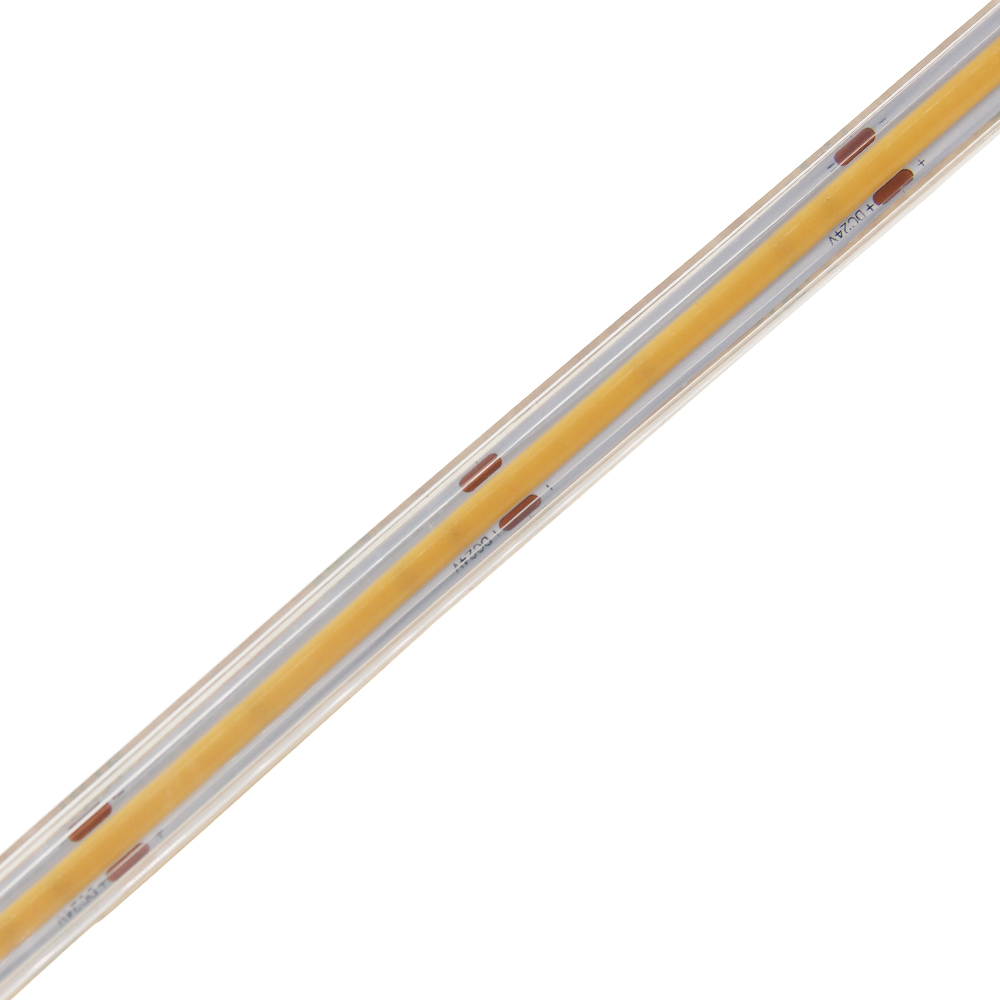 COB LED STRIP can be cut. Different COB led strip have different minimum cutting distances. For the convenience of installation, we generally do: 12V 25mm, 24V 50mm scissors. Once you find the scissors, you can cut straight. If you need to connect them again, you can use the middle connector. The advantage of this connector is that it is transparent and will not block light, and it can perfectly connect two led strip. Connectors generally have three different widths of 6mm, 8mm, and 10mm, corresponding to three different widths of PCB boards. The 90 degree cable connector can be used in the middle, helping to use it together in places that don’t need lights in the middle. The End connector can be connected to the end of the COB led strip to connect the power supply. 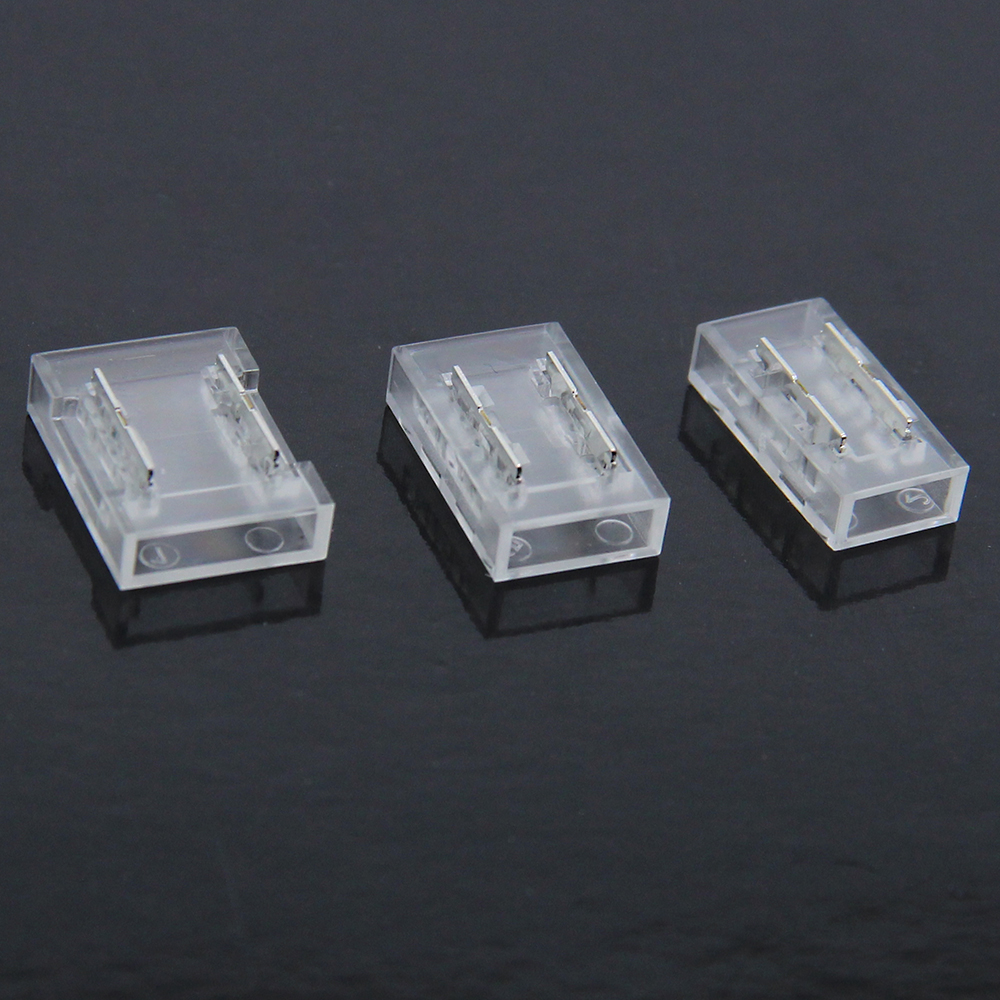 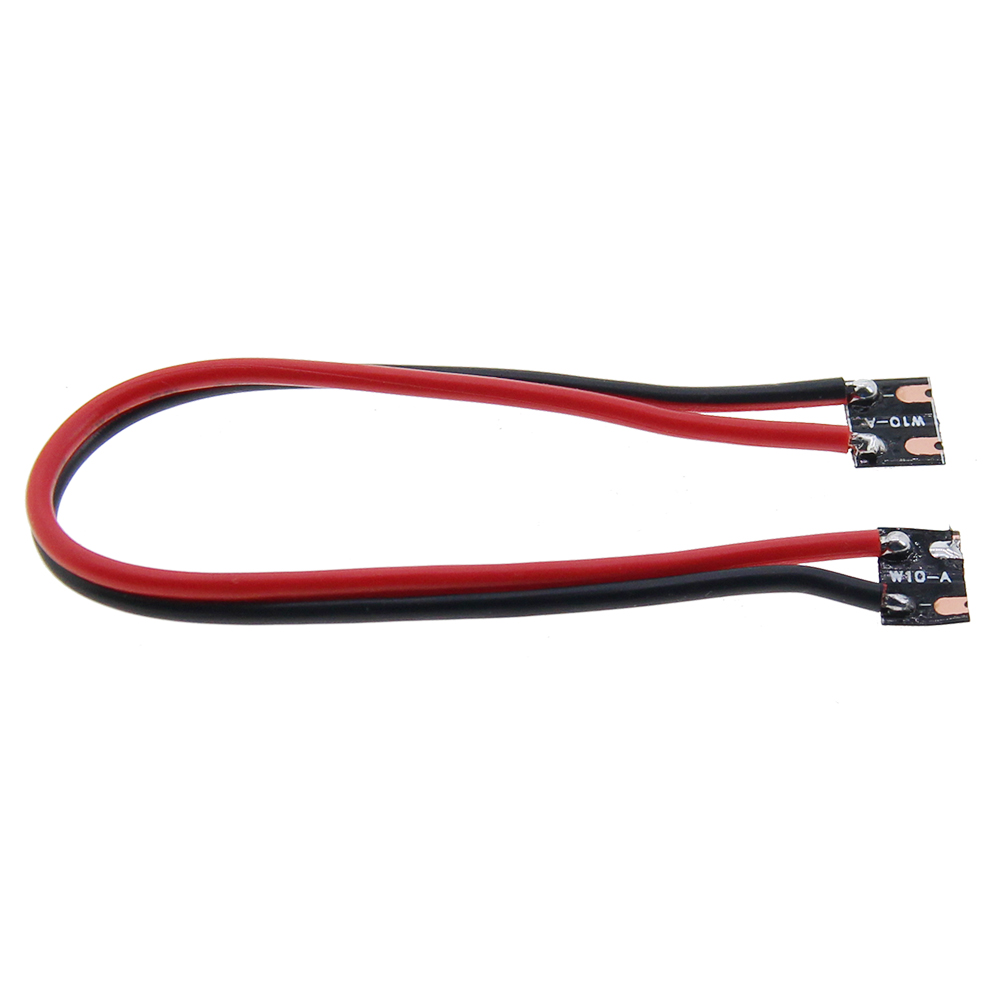 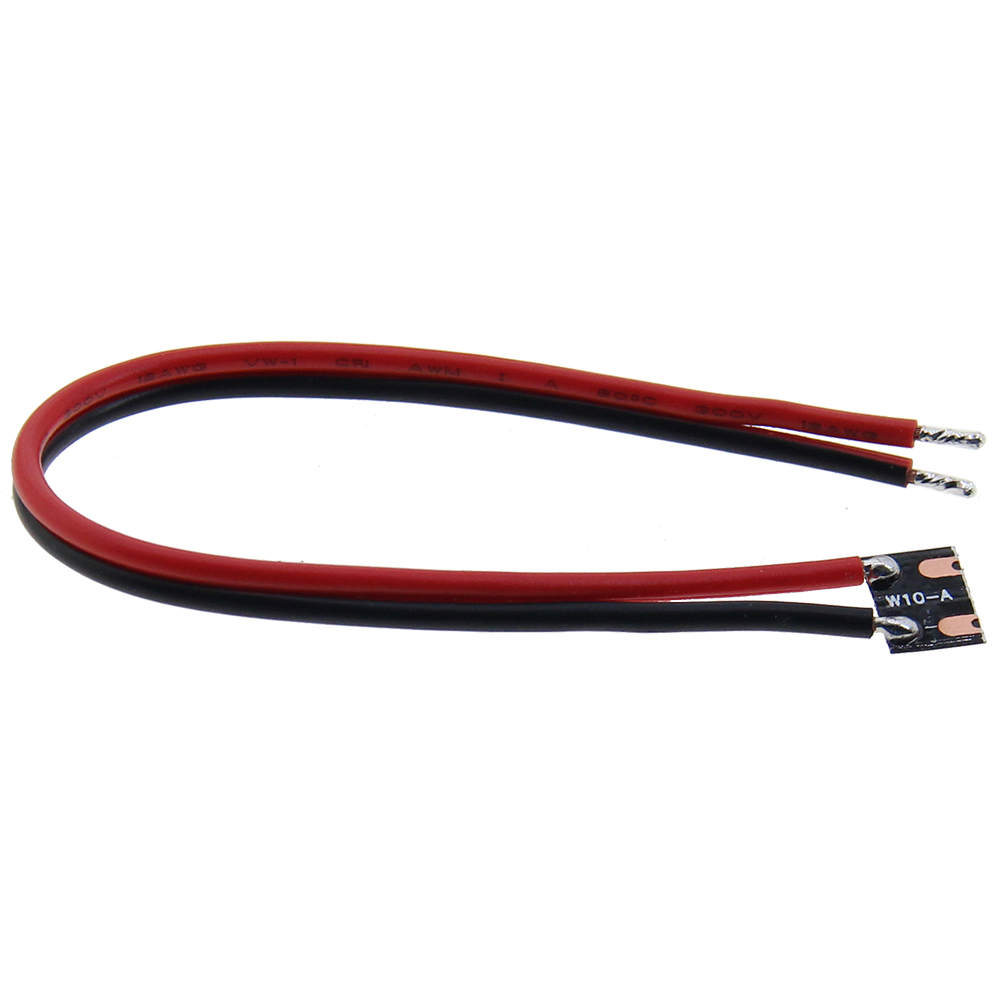 The random cutting and connection increase the utilization rate of the light bar and reduce waste. The following pictures and videos will explain in detail how to cut and connect the COB led strip. 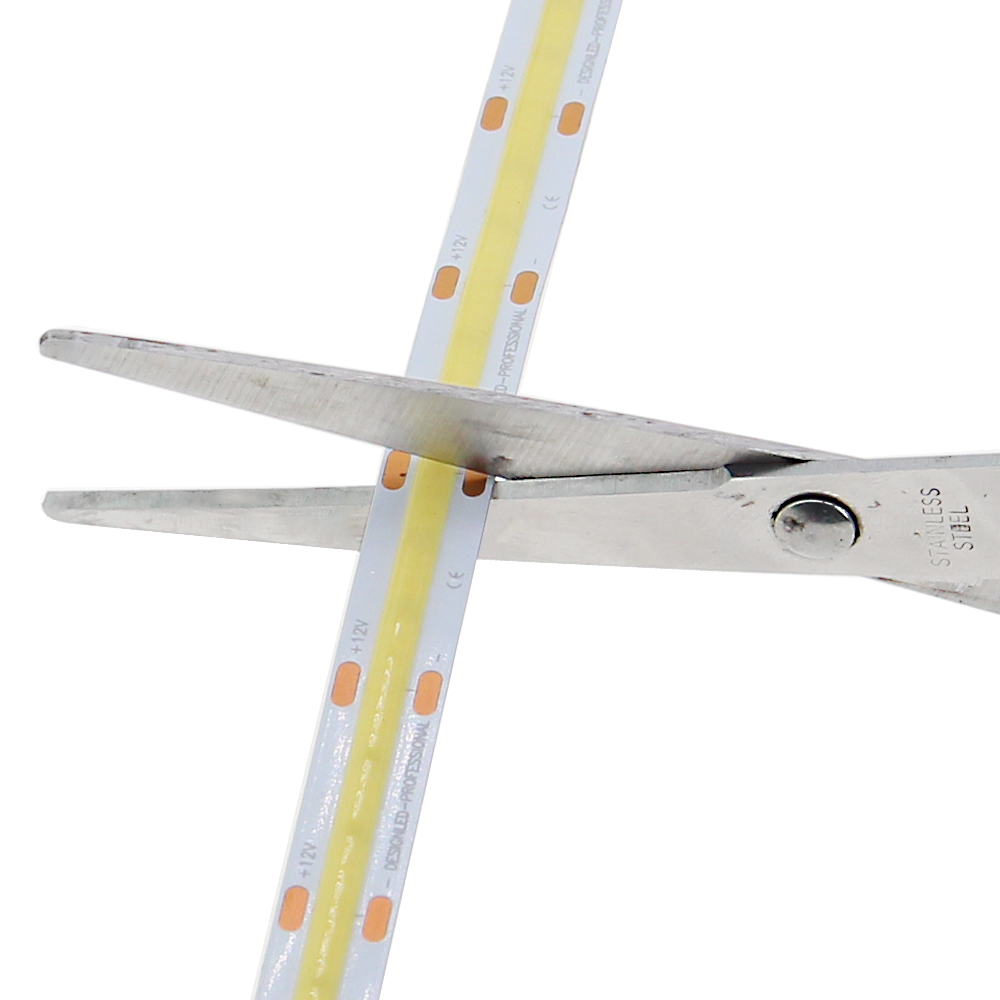 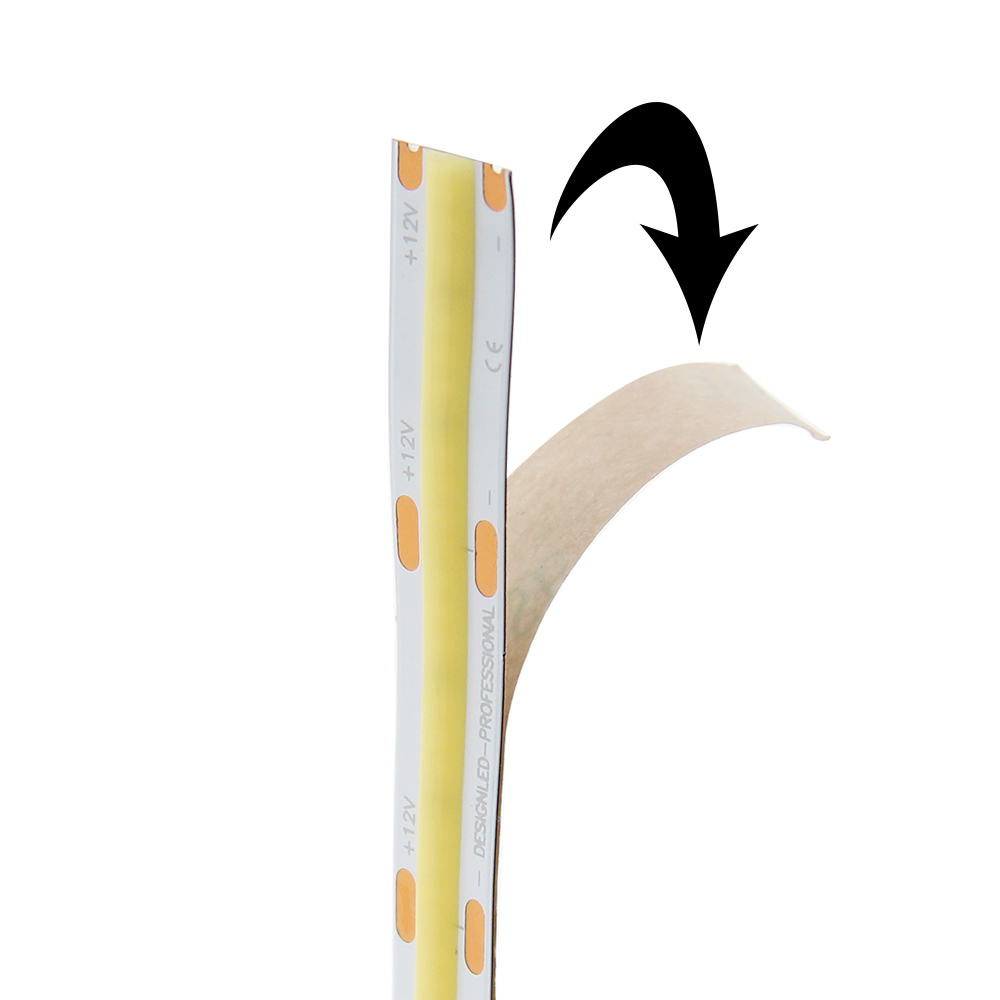 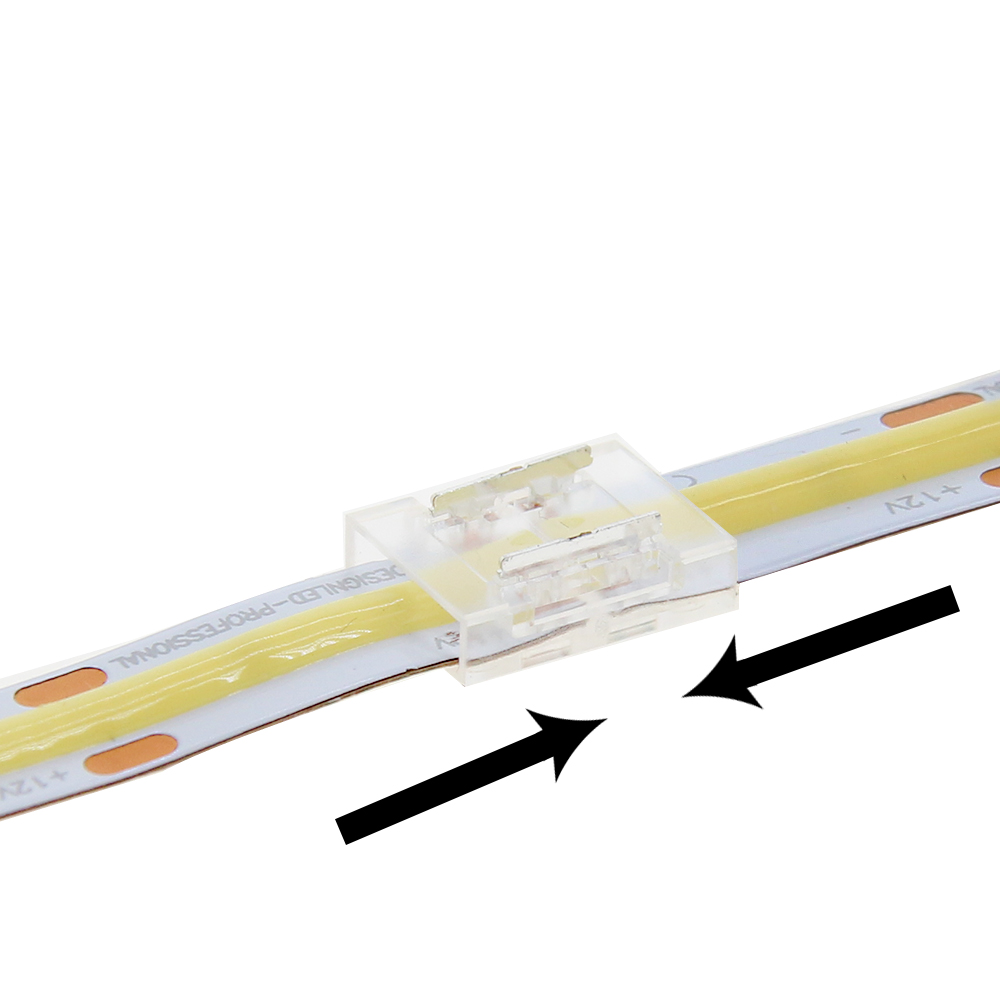 3. Put the strip with the connector and connect it together. 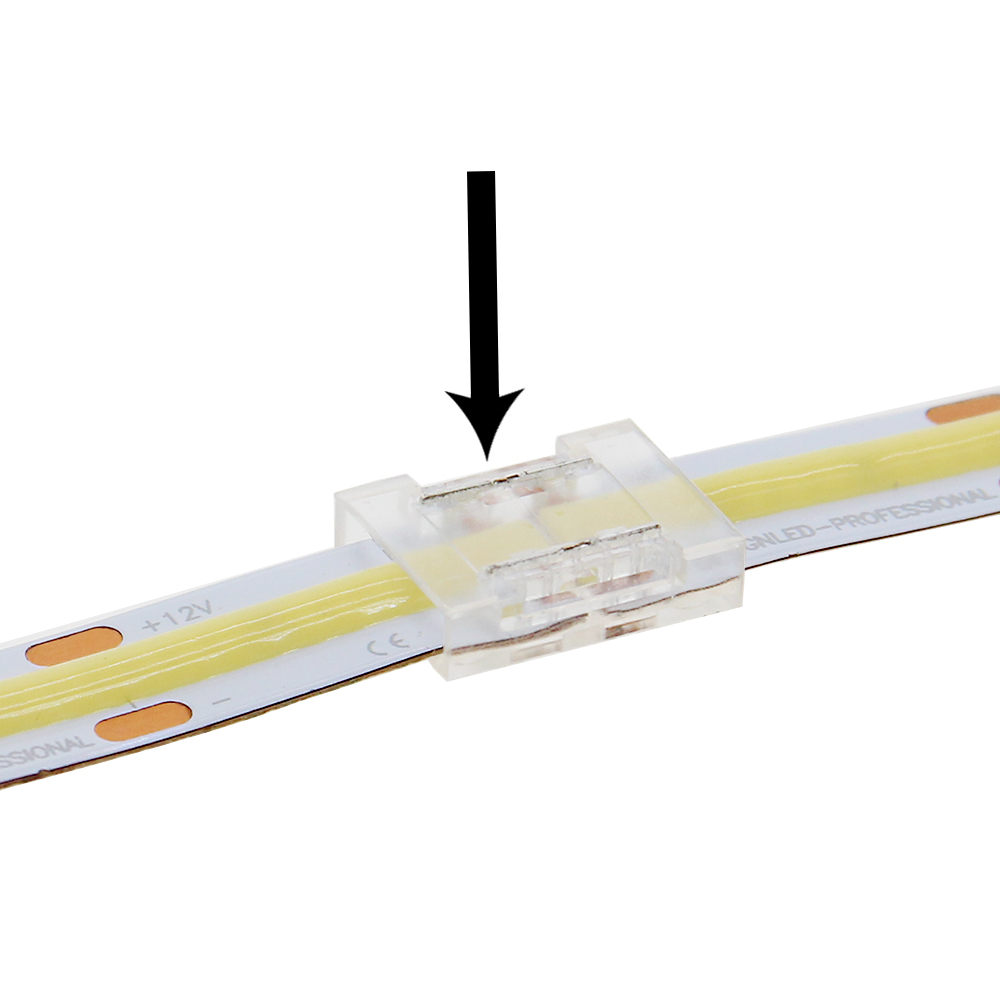 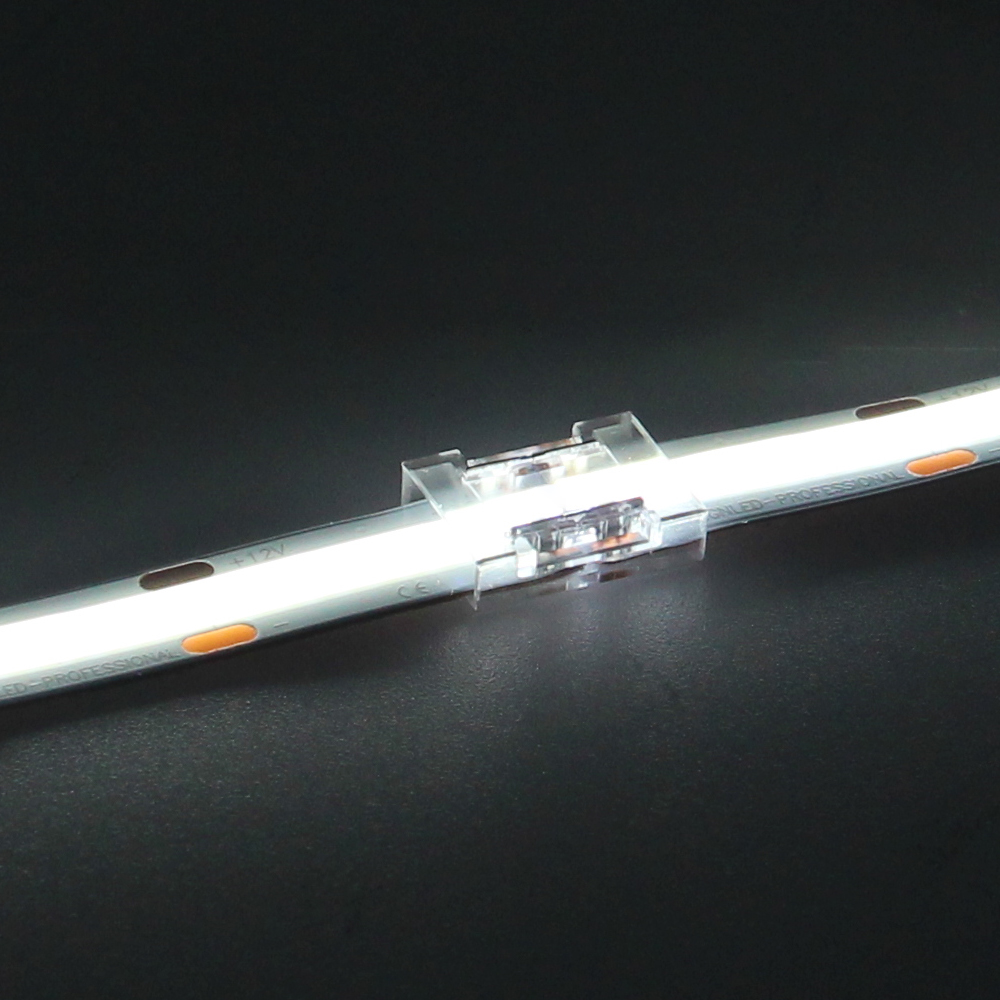 COB led strip has the same lifespan as SMD strips.

3.5，How to install COB LED Strip 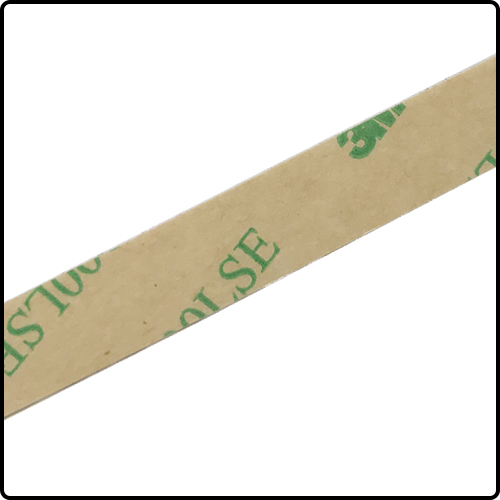 Easy to Use and Easy to Install 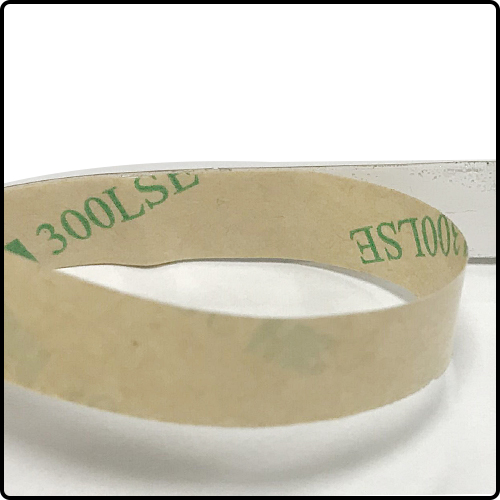 Tear Off the Adhesive Tape 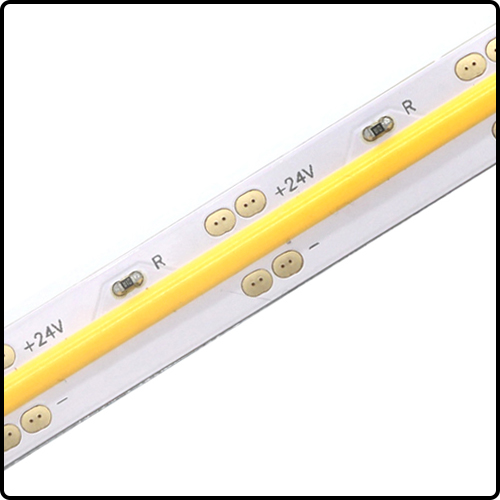 Paste to Where You Need to Install

The biggest feature of COB LED STRIP is that there is no light spot. For this feature, this type of light strip is mainly used in:

The advantages of COB LED STRIP perfectly meet the needs of mirror lights, with softness, no light spots, and high CRI. It is the new favorite of mirror headlight manufacturers.

5，New technology: What are reel to reel COB Strips

We call this new technology COB led Strip roll to roll. Reel to Reel. Refers to a process. A roll of PCB board (usually 100M or 200M per roll) is automatically formed by spot tin, die bonding machine, glue dispenser and tunnel furnace with fully automated equipment. Traditional light strips, including common COB led Strip, are all 0.5M PCB boards. When the customer wants 5M, the workers will connect 10pcs 0.5M led Strip together, but roll-to-roll light strips make light strips. It became a volume of 100M. The customer needs a 5M piece and it becomes 5M with just one cut. This greatly saves labor costs. And fully automated equipment can work day and night, increasing output, speed and reducing costs. Roll-to-roll led strip is the latest product of LEDWorker lighting, with a monthly output of more than 1 million meters.

6，The future of led strip

Light up your life with light, and do a good job of every meter led strip!